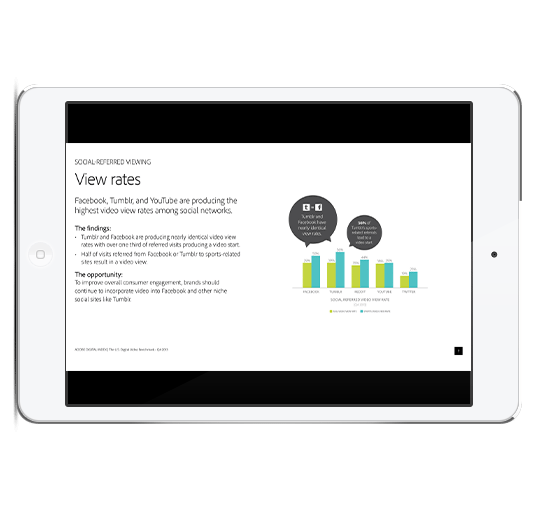 One of my latest adventures on the internet lead me to the 4th Quarter 2013 Adobe Digital Video Benchmark Report where adobe offers us some insight into growing digital video trends.  Digital video?  What does that have to do with my business?  Well, if you’re an A/C Company or a plumber or a digital video production studio, there are some interesting numbers to be considered if you’d like your advertising dollars to go a little further.

I’m sure someone’s boss (my old bosses) used to scoff at creating a video for campaigns and looked at digital video as a fad.  My old bosses were in LOVE with AM Radio, yep  that’s right, all about AM Radio.  A format I haven’t really listened to in years and last time I bought my son an mp3 player… it didn’t have an AM radio band.  But that’s enough of my rant about AM Radio.  Digital video is tied to the concept of Content Marketing.   Something all businesses need to get on board with.  Presenting interested parties with actual real and relevant content about your product or services instead of just trying to sell it to them with a list of bullet notes.  All companies that sell products or services have benefits to using their service or products, right?  It’s the ART of presenting that information in an interesting and compelling way.  My father always told me if you’re going to say anything it needs to be one of three things, Informative, Compelling or Entertaining.  Preferably it would be a combination of two or more of these.

Video isn’t just on your TV, it’s everywhere.  And Adobe’s report confirms that more and more people are engaging with video through their mobile devices and tablets year after year.  This isn’t just relevant to a “marketing video” you produce to talk about some of the competitive advantages your business or client has but also the advertising dollars you or your clients spend and where those dollars can be put to good use.

There is a thing you likely use called TV Everywhere.  It’s Hulu, It’s netflix, it’s anything that you might have traditionally watched on a television set in the 1990’s, when that was pretty much the only way you could watch it… that’s gone.  My apologies to the old fashioned marketing gurus I’m constantly going head to head with about these things.  I’m an early adopter.  I’ve been without cable TV since 2009 and many other people are starting to jump ship when it comes to .   Here’s a couple of articles about just how bad the Cable TV industry is collapsing, don’t take my word for it.

TV Is Dying, And Here Are The Stats That Prove It

Personally, I believe if viewing cable TV is pertinent your everyday business functions your employer should be paying your cable TV bill.  That’s true for anyone working in broadcast or popular media.  TV just isn’t what it used to be and frankly, We’re sick of ALL the ads.  the Average 30 min show is about 22min in length because they’re trying to sell us so much crap we’re not even interested in because the advertising isn’t targeted what so ever, I’m a man, I don’t need tampons and couldn’t care less about the applicator design.  TV Everywhere in concert with modern analytics and tracking offers businesses the opportunity to TARGET video to people who are looking for what they’re offering in a real awesome super way.  Just the other day I watched the Dollar Shave Club Commercial on Youtube, just because I remembered how funny it was and BAM… I started seeing sponsored posts by Dollar Shave Club in my Facebook Timeline!  That’s advertising dollars put to good use.  Now this is Entertaining.

Video Is Coming To Your TV But Not Thru Cable

When almost 10% of all video starting coming from social media and facebook growing the fastest, it isn’t dumb luck that facebook has begun experimenting with video ads in facebook users timelines.  They’re right on top of this trend.  But it gets worse, or better depending on where your dollars are.  Recently, Disney has made a move to purchase Maker Studios, creators of the the YouTube sensation Epic Rap Battles of History.  Even big names like Disney who own the freaking Star Wars Franchise are prepping for this social video transition.  Don’t think I’ve seen an Epic Rap Battle on TV, given that it wasn’t streaming on my X-Box 360 or X-Box One.  Which leads me to Consoles.  While the market share of plays on consoles only comprises about 5% of video views at this point, the age of the single use clunky “cable box” is dying quickly. 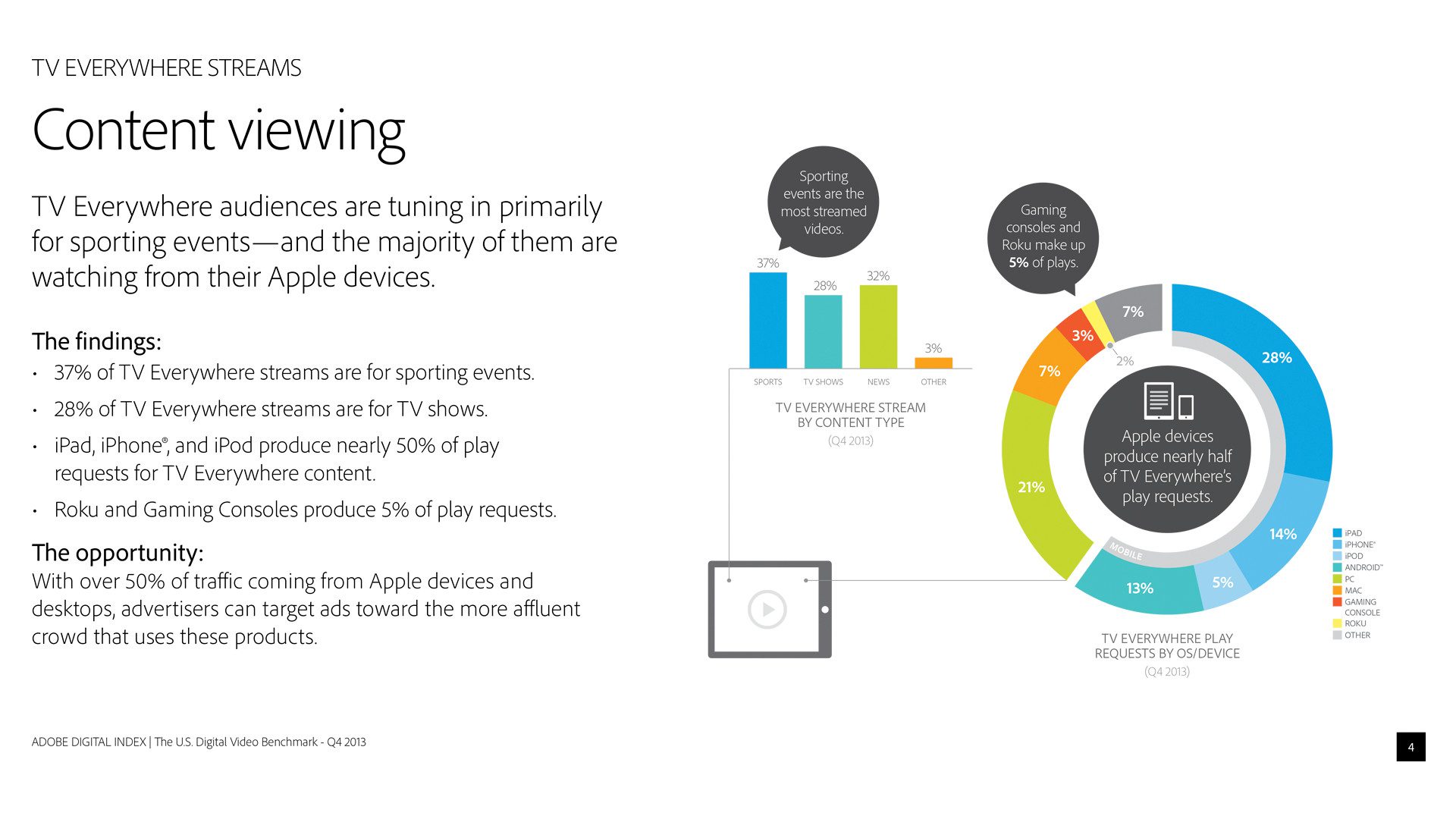 Like I said, I don’t have Cable TV because I’m not a sucker and into flushing cash down the toilet watching something I can probably watch a few hours later on the web at no additional cost outside my monthly internet bill.   We’re going to start to see this rise with the PS4 and X-Box one and the fabled “Battle for the Living Room” really ignite now that these consoles function as Cable Boxes, support YouTube Streaming and other smaller companies that can’t get on a greedy cable channel look towards customers who aren’t dinosaurs and understand they can get the same content on a better, more efficient machine.  Why the hell is that cable box so big anyway… it’ looks like a freaking VHS player but doesn’t take any disks… or tapes!  it’s NUTS!  What’s in there!