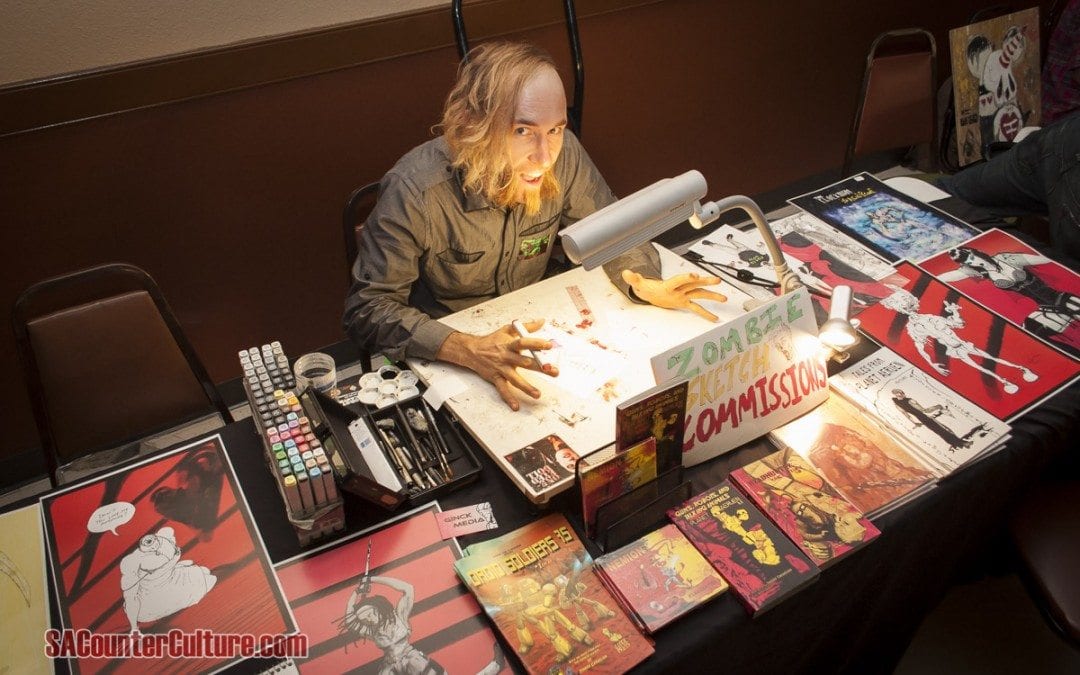 A little event photography for San Antonio alternative culture website SACounterCulture.com.  Had a great time out at Zombie-Con: Pandemia!  The Zombie genre fan culture is alive and well… of is that even possible.

Which leads me to the broader question… is the zombie sub-culture craze just one of the peculiar obsessions America has with death, blood and violence? I think so. I’m not going to lie, I haven’t really heard any arguments for our against zombie sub-culture. I just think it’s a bit odd that we have this deep obsession with undead war. They sell zombie killing rounds at ammunitions stores… did you know that?

Maybe it’s the “return to simple time” that appeals in the show… Who knows.